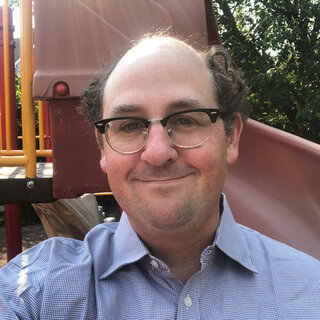 Ethan T. Berlin is an Emmy Award-nominated television comedy writer and a Junior Library Guild selected picture-book author. His numerous picture books have been called“hilarious,” and “giggleworthy” by Kirkus Reviews and “recommended for all libraries” by the School Library Journal. Ethan plays the robot L.I.S.A on The Big Fib, a popular children’s podcast that was adapted into a Disney+ TV show and is regularly recommended by The New York Times and The Washington Post. Ethan’s TV credits include Billy On the Street, Totally Biased with W. Kamau Bell, and IFC’s Bunk, an absurd comedy game show that he co-created with his best friend from high school. When he’s not writing his own funny stuff, Ethan teaches comedy writing at NYU and Stony Brook University.