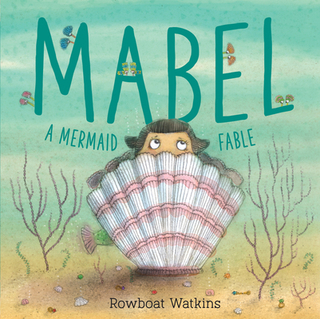 A lovely and laugh-out-loud picture book from the award-winning author of Rude Cakes and Most Marshmallows.

A silly read-aloud tale for kids about being yourself! Mabel isn’t like the other mermaids. Lucky isn’t like the other octopuses. But when they find each other, they discover that true friendship isn’t about how you look, and that sometimes what we are searching for is right under our noses.

The inimitable Rowboat Watkins is back with another humorous tale about being true to yourself.

Young readers of Julian Is a Mermaid, Mary Wears What She Wants, and Exclamation Mark will find much to love in this tale that celebrates individuality and acceptance.

Rowboat Watkins was a recipient of the 2010 Sendak Fellowship, his book Rude Cakes was an Ezra Jack Keats Honor Book, and the New York Times praised his most recent title, Most Marshmallows, as “exquisite.” Rowboat lives with his family in Brooklyn, New York.